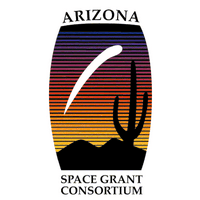 The Arizona Space Grant Consortium (AZSGC) works to provide opportunities for Arizona undergraduate students to learn the potential excitement of work in NASA-related fields through hands-on activities that complement and enhance classroom learning. One way we do this is through ASCEND! (Aerospace Scholarships to Challenge and Educate New Discoverers), a statewide multi-faceted balloon sat program serving student teams from 9 Arizona colleges and universities including 3 four year universities and 6 MSI community colleges in FY 2018. In this program, students design, build, launch, recover, and analyze data from payloads launched to the edge of space, to about 100,000 feet, via high altitude weather balloons. Launch and recovery services and industry mentoring is provided by members of our affiliate organization Arizona Near Space Research (ANSR), a not-for-profit volunteer organization with extensive experience in scientific ballooning and in ham radio operating. Participation in ASCEND is geared to complement regular classroom learning by offering direct hands-on immersion. Many NASA or aerospace industry scientists and engineers find themselves working on only small portions of missions, but in this program, students work on their projects through the full mission cycle. The ASCEND program has one launch late in the fall semester and one towards the end of spring semester each year. Participating teams gather for a workshop the night before the launch, make presentations about and to discuss their payloads and approaches to problem-solving. The launch occurs early on a Saturday morning, using a weather balloon that ascends to approximately 100,000 feet before bursting and dropping to the ground under parachute. The launches occur from various places in central Arizona, depending on the winds, so that the landing area is likely to be in an accessible, non-urban area. To accommodate participation of our team at the remote Dine College on the Navajo Reservation, AZSGC and ANSR support staff take the workshop and launch activities to Tsaile in the northeastern corner of our state.
The teams chase down the packages, based on tracking signals, check the apparent health of their payloads, and give brief reports to each other on the spot. They then return to their colleges to conduct analysis of payloads data. A few weeks after the second (spring semester) launch of the year, the teams present their flight experiment results at the AZSGC Statewide Symposium (see higher education activity report), in a special session dedicated to ballooning science.
55 MSI community college RI significant awardees were funded with 2018 grant funds. RI Activity 1 report details statewide ASCEND balloon-sat development work. The RI Activity 2 report describes an AZSGC contribution to the National Space Grant Solar Eclipse Ballooning Program effort. The Arizona ASCEND Solar Eclipse Ballooning team effort, carried out by participants from ERAU, ASU and PCC, and affiliate partner Arizona Near Space Research (ANSR) is detailed therein.