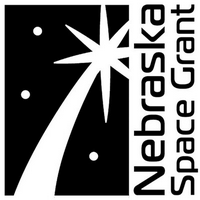 Improving Plant Growth in Martian Soil by Particle Sizing and Soil Monitoring: This project investigated the growth characteristics of rye in different particle sizes of Martian simulant soil. Previous work showed that rye grew poorly in Martian simulant soil from Orbitec Company. We suspected that soil particle size might be playing a role in water and oxygen movement in the soil. This experiment was designed to see if different soil sizes produced different plant growth under otherwise identical growing conditions. This experiment explored the idea that the relatively simple procedure of sizing soil particles on Mars would produce a soil that is more amenable to plant growth. The term soil here is used somewhat loosely. The material is more properly described as regolith as there is no organic material present. The results of this experiment was yes that soil particle size had a significant effect on rye plant growth. We were surprised that the smallest particle size showed the strongest growth. We had not expected this result as literature indicated that 0.5 mm size particles might be the best for water movement.